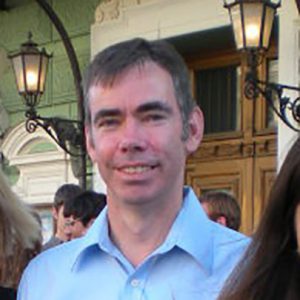 Lecturer
University of Pittsburgh
Department of Slavic Languages and Literatures

Gerald McCausland teaches at the University of Pittsburgh, where he directs the Russian language program. He holds degrees from the University of Pittsburgh (Ph.D., Russian), Middlebury College (BA, Political Science; MA Russian) and the University of Massachusetts at Amherst (MA, German). His publications include articles on Vladimir Sorokin, Viktor Pelevin, and Andrei Platonov as well as translations and film reviews. His current research focuses on post-Soviet Russian identity in contemporary literature and film, particularly on the question of how a psychoanalytically informed study of literature and cinema can illuminate the dynamic relationship between a social collective and its cultural production.