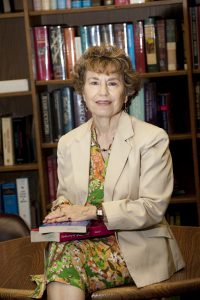 Lucy Fischer is a Distinguished Professor of English and Film Studies at the University of Pittsburgh where she directed the Film Studies Program for thirty years.  She is the author of twelve books: Jacques Tati (1983), Shot/Countershot: Film Tradition and Women’s Cinema (1989), Imitation of Life (1991), Cinematernity: Film, Motherhood, Genre (1996), Sunrise (1998), Designing Women: Art Deco, Cinema and the Female Form (2003), Stars: The Film Reader (2004), American Cinema of the 1920s: Themes and Variations (2009) Teaching Film (co-edited with Patrice Petro/2012), Body Double: The Author Incarnate in the Cinema (2013), Art Direction and Production Design (2015), and Cinema by Design: Art Nouveau, Modernism, and Film History (2017).  She has held curatorial positions at The Museum of Modern Art (New York City) and The Carnegie Museum of Art (Pittsburgh), and has been the recipient of both a National Endowment for the Arts Art Critics Fellowship and a National Endowment for the Humanities Fellowship for University Professors. She has served as President of the Society for Cinema and Media Studies (2001-3) and in 2008 received its Distinguished Service Award. In 2016, she received the Chancellor’s Research Award for Senior Scholars at the University of Pittsburgh.