The narrative of My Good Hans is elusive, even cryptic. Spatio-temporal relations are often confusing, as well as how and why characters interact with each other the way they do; the narrative simply hops from one vignette to the next, dismissing causal relations as if in a dream. The basic plot follows Hans, one of four German engineers working in a facility in 1941 USSR, toiling to produce a revolutionary lens to equip German and Russian troops. Tempers run hot, nerves break down; in a fit of hysteria, Hans causes one of the furnaces to explode. Desperate to cover up the fatal error, he begs a witness—the Russian worker Petr (Andryus Daryala)—to remain silent. This shared secret fuels a budding friendship between the two men, in spite of increasing tensions between Germans and Russians. 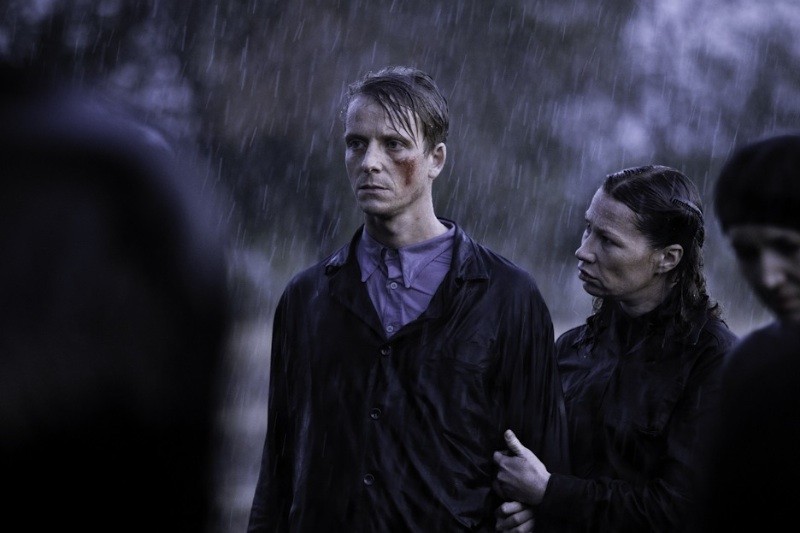 It is easy, of course, to see in this friendship an allegory of Russian-German relations at the time. The film insists on the resemblance between Hans and Petr: they physically look alike, each have two children of the same age, and were born on the same day. Their story, in a sense, can be read as that of a transnational friendship whose underbelly is steeped in mutual dependence and unspoken blackmail: Hans needs Petr, witness to his meltdown which caused the deaths of two people, to stay silent, even if this endangers Petr himself. Petr, by contrast, is at the mercy of Hans, whose word as a German engineer weighs more in the balance than that of a simple worker. Overall, the narrative of My Good Hans does not look kindly upon German-Russian relations: the corpses of Russian workers quite literally facilitate the production of the revolutionary lens and the prestige of German engineering; the final shot freezes the film in an ambiguous combination of submission, tenderness and power, where a young Russian woman (Angelina Rimashevskaia) holds a barber’s razor to Hans’s throat. All in all, concerns that My Good Hans might be censored by the strict Ministry of Culture were misplaced: the film paints a rather flattering portrait of its Russian characters, whose quiet dignity and abnegation sets them apart from the four main German characters, prone to anger, deceit, and cowardice.

Still, it would be inaccurate to call My Good Hans a historical film, or to take this allegorical friendship at face value. Memory in the film is faulty, unreliable; Hans forgets about his meltdown a few days after it happens, yet claims to remember in minute details old encounters only to be told that his memories are completely fabricated. Recollection is dreamlike, evanescent, in accordance with a narrative whose editing seldom connects places and timelines, lacking the clear causality of a historical trajectory. From the formless magma of the first shot will come glass, in turn polished into lenses whose purpose is not to facilitate an objective gaze, but to fashion a modified, amplified one, and to satisfy imperialist goals. Like magma, raw memory is useless and volatile, and requires careful, subjective shaping. Ultimately, My Good Hans attempts less a political act of historical remembering than a dreamlike probe into the processes of memory itself, ever flimsy and capricious.

At the end of the day, My Good Hans suffers from its elected narrative mode: slow-paced and often puzzling, the beautiful photography of the film, alternating between hues of blue and shades of gold (mirroring Hans’s eyes and hair), is not always enough to compensate for a tone that many will find austere and sometimes pretentious. 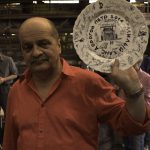 Aleksandr Mindadze was born in Moscow in 1949. He is one of the most influential screenwriters and directors in Russian cinematography. More than 20 of his screenplays have been filmed since 1975. Early in his career he teamed up with acclaimed Russian director Vadim Abdrashitov, with whom he collaborated on eleven films over several decades. Mindadze is the only Russian scriptwriter to be awarded the prestigious Ennio Flaiano Prize and the Silver Pegasus from the Italian Academy of Culture for “Literary contribution to cinematography. His debut feature film as a director, Soar, premiered at the Venice IFF. His second film, Innocent Saturday, premiered at the Berlin IFF.
Filmography as director:
2015    My Good Hans
2011    Innocent Saturday
2007    Soar