The seventeenth annual Russian Film Symposium, “Red Empire Reloaded,” will be held on the campus of the University of Pittsburgh from Monday 4 May through Saturday 9 May 2015, with evening screenings at the Pittsburgh Filmmakers’ Melwood Screening Room.

The Russian Federation is quickly approaching the silver anniversary of the Soviet collapse (25 December 1991). Cinema in the final years of the USSR (Gorbachev’s period of glasnost and perestroika) was dominated by documentary films that re-examined and filled in the “blank spots” of the empire’s history (revisiting Stalinism and the fate of repressed historical figures, rehabilitating major political individuals like Bukharin and Khrushchev, exposing environmental catastrophes, excoriating the invasion of Afghanistan, cataloguing abuses of power by the political elite, etc.). Suddenly, however, the 1991 termination of state financing for film production had the greatest impact on documentary films, which virtually disappeared for the next decade and a half.

In the aftermath, Russian cinema of the past twenty-five years has been marked by the dominance of feature films, many of which are dramatic re-examinations of the major events of the seventy years of Soviet rule: from the Revolution to the Civil War, from the New Economic Policy to the Great Break, from the terror to the Great Patriotic War, from the respite of Khrushchev’s Thaw to the octogenarian period of Stagnation (Brezhnev—Andropov—Chernenko). While there is no consistency in the way individual directors represent the Soviet years, virtually all of these films strip away the rosy tinted mystifications and deceptions characteristic of Soviet depictions of daily life under the “dictatorship of the proletariat.” At the same time, these films for the most part have moved beyond the aesthetics of chernukha (literally, “blackening”—that is, focusing on the dark underbelly of Soviet daily life) that was typical of late Soviet and early Russian cinema. Instead, most of the feature films of the last two decades attempt to provide a counter-history, privileging individual or family interests over those of the state, private aspirations over public rhetoric, intimate interactions over collective struggles. As a result, these films (inadvertently or deliberately) marginalize the imperial impulse that had been a defining feature of Soviet history despite its claim of “Building Socialism in One Country.”

At the time of its collapse in 1991, Russia was once again an empire—consisting of fifteen republics and including several hundred ethnicities and languages. Russia’s incursions in regional disputes in former Soviet territories (Chechnya, Georgia, Moldova, and now Ukraine) over the past decades, however, provides ample evidence that imperial consciousness has not been displaced by nation-building. The retention and reintroduction of imperial rituals, images, and even social codes—whether Romanov or Soviet—is merely one symptom of this phenomenon. Representations of the Soviet years in Russian films of the last quarter century are more than an exorcism of the past; they as likely presage a future. 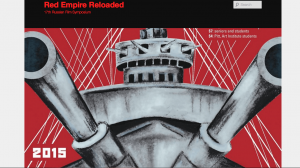 Farewell reception and Invitation for the opening reception 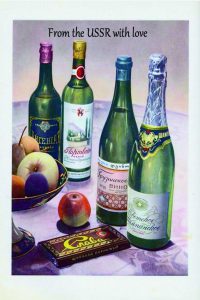 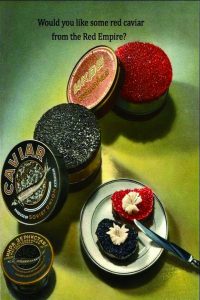 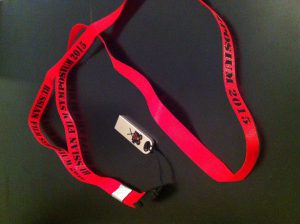 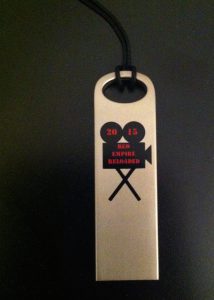