The Land of Oz

Frank Baum’s Dorothy from The Wonderful Wizard of Oz is known in Russia, first of all, through Aleksandr Volkov’s adaptation, The Wizard of the Emerald City. In Volkov’s version, Dorothy, a name that is clearly unusual for the Russian ear, turns into the more or less familiar Elli. In Vasilii Sigarev’s The Land of Oz, Elli appears as Lena. The director loosely connects the Tin Woodsman with Roman, the character played by Gosha Kutsenko. The sugary bard is reminiscent of the Scarecrow and Cowardly Lion together. During the film, Sigarev’s Bastinda – Diuk –talks to the Wizard, Andrei Il’enkov, at a kiosk on Torforezy Street somewhere deep in Ekaterinburg. Throughout the film, Lena tries to find the way to this magical kiosk but consistently fails due to the perpetual Russian tornado: the main winter holidays and the people who want to help and harm her. Instead of focusing on the wizard, the plot clearly accentuates Lena and the Ural city in the magical land ОЗ, which in Russian can be read in two ways: as “Oz” and as the number “zero three” to call for an emergency ambulance.

This double reading underlines that in the Land of Oz, the straightforward singularity of meaning and its implied ideology have died several times. Without a word, Sigarev quietly disavows every ideology popular in this country for the last two centuries as bankrupt. The director depicts post-ideological space, in which absurdity and eccentricity appear as the main principles of life. Following Gogol’, Saltykov-Shchedrin, and Chekhov’s traditions, the director employs absurdity and inverted logic as the key features for understanding the language and space in the Land of Oz. 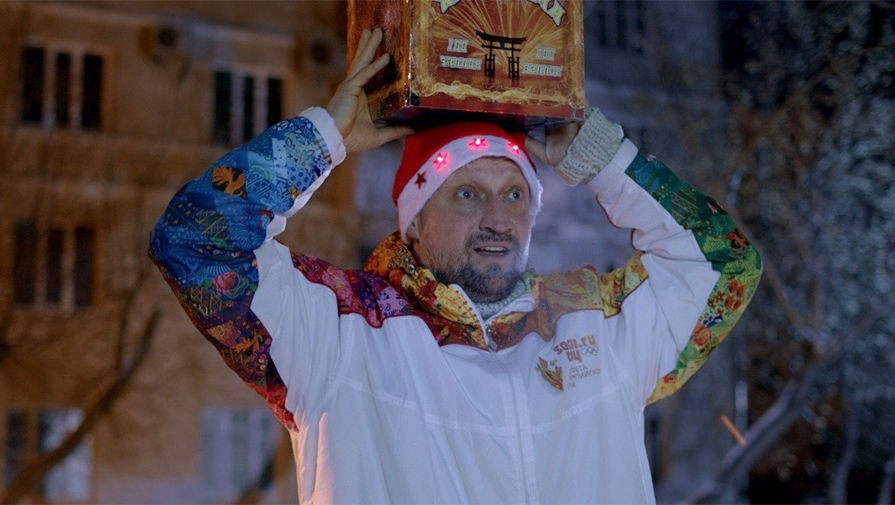 Unfortunately, it was impossible to release the film without censorship, as due to Russian law obscenities must be bleeped out for the big screen. The problem, however, is that the director constructs the language of his post-ideological characters on the basis of this type of vocabulary. In Sigarev’s film, losing its offensive aggression, obscene language (mat) fully functions as a matured entity that replaces the language of the communist posters as well as recent television propaganda. It is free from bygone ghosts as well as from the current mass media communicative terror. Sigarev’s characters’ language is vivid, laconic, metaphorical, and intelligible to everybody in the Land of Oz. Expelled and socially disrespected but widely used, this level of Russian language, mat, is the only register left untouched by the state. It appears as an opportunity to speak of the most important things in people’s lives. Moreover, combined with the mode of excess in melodramatic scenes, such obscene language reduces its overly tear-jerking quality back to a level that can be tolerated as “normal” for the Land of Oz as it is depicted in the closing scene. The essential point of this language, however, is Lena’s recurring question: “Do you know Torforezy Street?”

This question is the key to Lena’s travel through the snowy country with an ice palace in its heart, where the female protagonist meets her love and a dog. On the magical Russian day, December 31st, the female protagonist heads for Torforezy Street because she has found a job there as a shop girl in a kiosk. Her travel, though, is interrupted several times. During her trip, Lena crashes in a car accident, finds new friends, explores the city, and luckily escapes death. Finally, travelling itself appears as a more important process than the point of Lena’s destination. With Lena’s journey, Sigarev depicts a kind of counter-travel, in which the goal is not the imperial capital or some other differently valued sacred place but the least important point in the snow-covered country. The traveler is not an adventurous or outstanding male but an almost autistic female, who is interested in people but not in the conquest or the acquisition of territory. With his film, the director insists that all of these Balabanov-style freaks and Muratova-like eccentrics, headed by Ekaterinburg mayor Evgenii Roizman (playing himself in a cameo), are the main heroes of our time: they are straight, simple, truthful, and sincere in their cowardice, cruelty, indifference, despair, and love.

Sigarev’s landscape highlights not the wilderness or wideness of unlimited public space but the interiority of private life. The tiny kitchen, where Inna Churikova cooks dumplings with a thirty-year-old slotted spoon and an even older scuffed enamel pan, is more important for the Land of Oz than natural resources. Churikova’s character, Lena, Roman, the snow maiden-prostitutes, and the visionary Andrei turn out to be the real fortune in Sigarev’s country.

There is no moral message and no politics in Sigarev’s pointless and merciless (bessmyslennyi i besposhchadnyi) carnival. It is completely outside of time, somewhere in a magical space, which turns out to be Lena and Roman’s home in a white hospital with a highly artistically swearing nurse. Following Krachkovskaia’s character in Gaidai’s The Diamond Arm, it is possible to say: “They will heal you. They will heal you too. They will heal me as well.” However, Sigarev insists that the people of the Land of Oz do not need to be healed because they are healthy and full of energy. They may be a little bit frozen, but spring is coming: March 8, International Women’s Day, always follows the New Year. 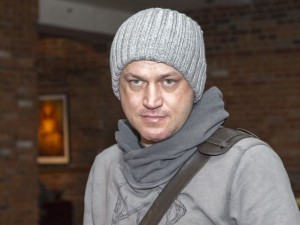 Vasilii Sigarev was born in the Ural region of Russia, where he grew up, finished three courses of the pedagogical university in Nizhnii Tagil, and graduated from The Theater Institute in Ekaterinburg (in the class of Nikolai Koliada). Sigarev’s theatrical works won multiple prizes around the world, including the Debut, Anti-Booker, Eureka, New Style, and the Evening Kioskard awards. His play Playdough has been translated into more than 10 European languages and has been staged in Bergen, Sofia, Belgrade, and Porto. From the very beginning, Sigarev’s films drew attention from broad audiences as well as from film critics. He holds three Kinotavr’s Guild of Film Critics and Film Scholars Elephant Prizes (2009, 2011, 2015), the Kinotavr Gran Prix for Wolfy (2009), Kinotavr’s Best Director Award, and many others. The full list of Sigarev’s prizes can be found at his web-site <http://vsigarev.ru>.