Ivan Tverdovskii’s second full-length film Zoology is often referred to by critics as a continuation of his debut Correction Class, which received a prize in Karlovy Vary in 2014. Despite narrating two very different stories— Correction Class is a variation on the school film, the genre whose main conventions were formed in the Soviet period, while Zoology can be described as a fantastic drama—the two films, indeed, have one important trait in common. Both films reflect on the theme of norm and deviation, and can be perceived as stories of (incomplete) maturation.

Shot in Crimea, Zoology tells a story of a middle-aged woman in her 50s, Natasha, who still lives with her domineering mother, has no friends or career, and is mocked by her gossipy colleagues who believe that she is incapable of attracting men. Still, in a sudden and largely unexplained turn of events, Natasha grows an animalistic tail which she initially hides under her long spinsterish skirts. The tail strangely resembles a penis and at times even serves Natasha as a masturbation tool. However, in addition to provoking direct associations with a physical organ, it also fulfills the function of being a symbolic phallus in Natasha’s life: after attaining the tail she develops a more assertive psychology, which is strikingly different from her former shy self.

Despite the fact that Natasha is presented as having a formally mature personality, her depiction in the film is very similar to that of the teenagers in Correction Class. The director himself confirms that Natasha was conceived of as having the psychology of a 14-year-old: she is strangely naïve and vulnerable to the aggression of her colleagues, which largely resembles bullying in high school. In both films the director explores the theme of the “white crow,” the oddball, who suffers ostracism from the collective. This theme has a lengthy legacy in the Soviet school film genre. It seems to have particular significance for Tverdovskii as well: apart from recycling this old trope in his Correction Class, he instills it with a new meanings in Zoology, where it serves as a reflection on the current state of Russian society. 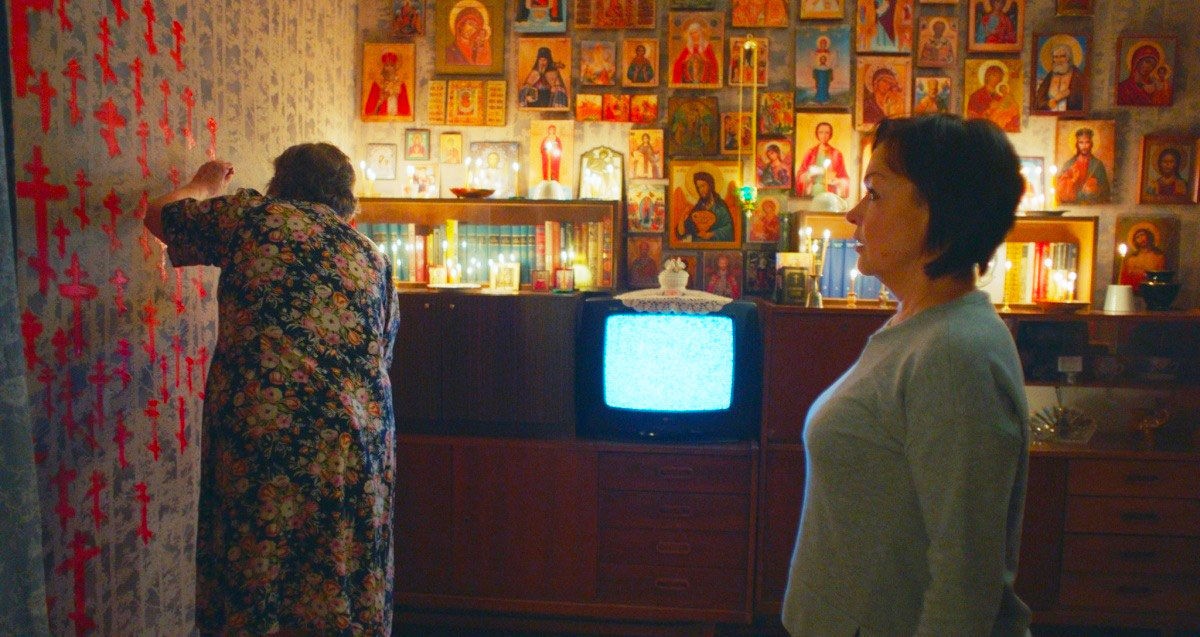 Growing a tail in the story is followed by another important event in Natasha’s life: she begins to date a much younger man, an attractive X-ray technician Petia, who seems to be tolerant of Natasha’s abnormality, which he even enjoys. Moreover, it is in the scene of Natasha’s first encounter with Petia that the spectator has a chance to see the tail for the first time: it is revealed when Petia is taking an X-ray of it. The revelation of the tail in the film has an effect of a cinematic attraction: produced with the help of newest video technologies it looks strikingly realistic. In the scene, Petia also sees the tail for the first time, yet he is seemingly unimpressed with the sighting and deals with it professionally; he only asks Natasha to hold the tail with her hand so it does not wag and disrupt the procedure.

While the beginning of the film has a distinctly realistic, even documentary quality to it, which is achieved through the use of a hand-held camera, the scene in Petia’s office with the Cronenbergian sighting of the tail immediately transports the viewer into the dimension of the fantastic. However, Petia’s reserved reaction to the tail and his everyday dealings with it, create the impression that the tail acts as a certain metaphor in the film rather than a piece of actuality. This metaphor seems to intensify as the film progresses, attaining more and more nuances and dramatic complexity.

In various interviews Ivan Tverdovskii stresses that with the help of his films he tries to promote certain civic values. His earlier projects, mostly documentaries, address various social problems, including those of disabled teenagers from disadvantaged backgrounds. In this respect, both Correction Class and Zoology also serve to promote certain causes with modernizing and westernizing agendas. Natasha’s tail in Zoology clearly reflects on certain narratives of resistance currently present in Russian society, namely the resistance to the forms of religious and political fundamentalism gaining momentum in Russia.

The oddball Natasha, to whom the tail gives courage to take action, expresses herself and is different from her colleagues and society in general. She is portrayed in a state of constant mental opposition: to her mother who equally believes Orthodox priests and the wildest TV shows about exorcism; to the esoteric practices of self-help, which potentially attracts “losers” like Natasha; to the abusive mindset of her colleagues. In her resistance she is supported only by Petia, who admires her abnormality in a somewhat homosexual fashion: in an episode showing the couple engaging in a sexual act in the zoo, Petia kisses Natasha’s tail in a suggestive manner. Both Natasha and her boyfriend become a representation of “abnormality,” which current Russian society rejects, including non-traditional forms of sexuality and western rationality, which are effectively considered the marks of the devil, just like Natasha’s tail.

As her romance with Petia goes deeper, Natasha also constantly questions her newly found freedom, gradually losing it to the society that demands compliance with the norm. After she gets fired from her job at the zoo, which in itself serves as an amusing metaphor alluding to the state of Russian society, and, most importantly, after her mother rejects her upon learning about the tail, Natasha decides to get rid of her new organ. In the final scene she sits down on a sharp blade which effectively rids her of her newfound freedom and so short-lived agency. 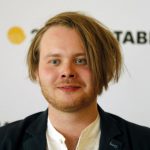 Ivan I. Tverdovskii was born in 1988 into the family of documentary filmmaker Ivan Tverdovskii. He graduated from Aleksei Uchitel’’s class at the State Institute for Cinematography (VGIK) in 2011. In 2012, Tverdovskii presented his first program of short films at the Moscow International Film Festival. His first full-length feature film, Correction Class (2014), won the Best Debut award at the Kinotavr film festival in Sochi, as well as the main prize in the “East of the West” nomination in Karlovy Vary in 2014.